How should investors assess the equilibrium real rate of interest?

Later this month it seems likely that the Fed will raise rates once more, continuing its progress towards the normalization of interest rates. But what is “normal”? As the economy itself normalizes, the question of what is the “normal” rate of interest becomes more pressing. Pictet Wealth Management is warning that markets may be too complacent - in which case a "serious adjustment" could be forthcoming.

Economists use a number of different terms to describe the concept of "normal" interest rates: “equilibrium real rates”, the “natural rate” of interest, the “Wicksellian rate” or R-star. Janet Yellen describes this “neutral rate” as the value of the Fed Funds rate that would be neither expansionary nor contractionary. In previous times the equilibrium real rate was thought of as a constant – “normalization” would reflect a reversion to the long-run average (around 2%). Today, the concept of R-star as a constant is in doubt. 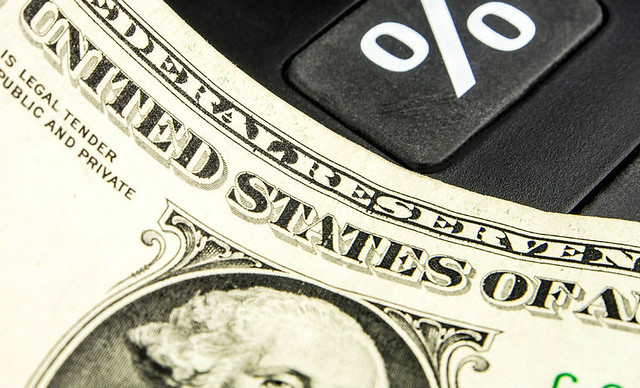 Fed Funds Rate Back to 3%: What is normal? (Pictet WM, May 2017)
In this 11-page note, Pictet analyzes the concept of the ‘neutral’ rate of interest, concluding that there is considerable market complacency surrounding the potential for further hikes in the Fed funds rate.

Measuring the Natural Rate of Interest (John Williams of FRBSF, Dec 2016)
This study from John Williams of the Federal Reserve Bank of San Francisco is thought to be highly influential in the FOMC's current thinking.

The Equilibrium Real Funds Rate: Past, Present and Future (Jan Hatzius, 2015)
The authors of this paper examine the behavior, determinants, and implications of the equilibrium level of the real federal funds rate, defined as the rate consistent with full employment and stable inflation in the medium term.

Natural Interest rate: uncertainties and policy implications by BBVA
This BBVA report from Aug 2017 explores the equilibrium rate of interest and the normalisation of monetary policy in developed economies.

How much should we read into shifts in long-dated yields? (BIS, 2017)
This is a speech by Hyun Song Shin, Economic Adviser and Head of Research at the Bank for International Settlements, to the US Monetary Policy Forum on the topic of negative, long-dated yields.

Will interest rates be permanently lower? (John Williams of FRBSF, 2015)
The President of the Federal Reserve Bank of San Francisco writes that the trend in real short-term interest rates is lower than it was in previous decades, with the possibility that it may even have fallen below 1%.

Causes and consequences of persistently low rates (Sir Charles Bean, 2015)
Written by four world-renowned macroeconomists, this report suggests that real interest rates will eventually return to more normal levels, but in the meantime deflationary traps are more likely, as are financial boom-bust cycles.

What Can Data Tell Us About the Equilibrium Real Interest Rate? (US Fed, 2015)
The equilibrium real interest rate (r∗) is the short-term real interest rate that, in the long run, is consistent with aggregate production at potential and stable inflation. This paper examines the challenges involved with estimating r∗.

Demographics Still Support 'Lower Rates for Longer' (PIMCO, Feb 2016)
Is global aging about to end the savings glut? Some observers think so. This paper explores some of the potential consequences of this for interest rates.

Why Are Long-Term U.S. Interest Rates So Low? (FRBSF, Dec 2016)
Despite recent increases, long-term interest rates remain close to their historical lows. This paper by the Federal Reserve Bank of San Francisco examines why this is the case, and explores some of the implications.

Ben Bernanke's Blog - Why are interest rates so low? (April 2015)
Ben Bernanke argues that popular critiques of Fed policy are confused and fail to understand economic theory. He examines why interest rates are so low, whether they'll remain low, and what the economic implications might be.

Ben Bernanke's Blog - The Taylor Rule: A benchmark for monetary policy?
Ben Bernanke discusses the Taylor Rule - a simple equation that is intended to describe the interest rate decisions of the FOMC - and explains why he disagrees with a number of conclusions by its creator John Taylor.

Some Reflections on Japanese Monetary Policy (Ben Bernanke, May 2017)
This speech by Ben Bernanke, former Governor of the US Federal Reserve, was delivered at a recent conference hosted by the Bank of Japan.

The Idolatry of Interest Rates (James Montier, 2015)
James Montier is highly skeptical of those who believe they can predict or understand the equilibrium real interest rate. He says, "It is scary to realize you don’t know what is going on. It is even more terrifying to realize those in authority think they do."