CFA releases new paper on the outlook for asset management

Earlier this week, the CFA Institute released a new paper examining the latest views on the outlook for the UK and European Asset Management industry in a post-Brexit world.

Fund managers are overwhelmingly negative about the impact of Brexit on the UK asset management industry. The current "passporting" regime has been critical to London's growth as a financial services hub within the EU. The potential loss of passporting rights is a major concern, not just for UK firms, but also for EU firms serving the UK market. 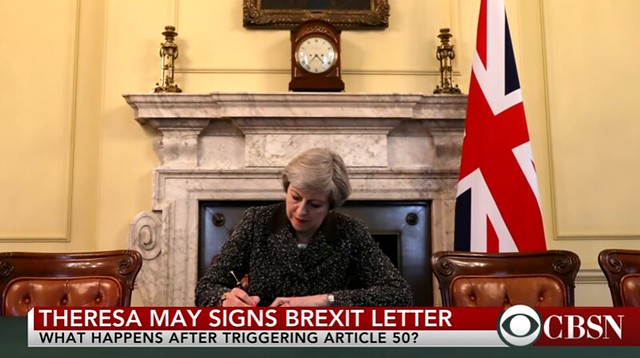 Brexit - What It Means for Investment Management (CFA Institute, May 2017)
This guide has been written by CFA Institute. It explores the legal and regulatory considerations following Brexit and analyses the possible outcomes.

Brexit and the European financial system: markets, players, jobs (Bruegel, 2017)
When the UK leaves the EU and its single market, UK-based financial firms will lose their passporting rights. This paper compares London and four major European cities that together will host most of the new EU27 wholesale market.

London as a World Financial Centre following Brexit (David Blake, Mar 2017)
Professor David Blake of the Cass Business School supports Brexit. He believes that the City of London can thrive as a global financial centre outside the "over-regulated protectionist EU." Here, he explains his reasoning in detail.

Brexit and the Asset Management Industry (ECMI, Feb 2017)
This paper has been written by Karel Lannoo. In it, he discusses trends within the European asset management industry and Brexit - how the former will respond to the latter.

Brexit Imperils London's Claim as Banker to the Planet (NY Times, May 2017)
London enjoys an unrivaled position in the global financial landscape. In this piece, Peter S. Goodman, the New York Times's European economics correspondent, examines the possible implications for London as a result of 'Brexit'.

The Deep Causes of Secular Stagnation and the Rise of Populism (GMO, 2017)
In this paper, James Montier and Philip Pilkington of GMO argue that the rise of populism has its roots in the same sources that have given rise to so-called “secular stagnation.”

Populism and the Threat to Globalisation (Standard Life, 2017)
This paper outlines the markers that have defined the latest era of globalisation. It addresses the distributional consequences of globalisation (actual and perceived) and how they have influenced the rise of populist political movements.